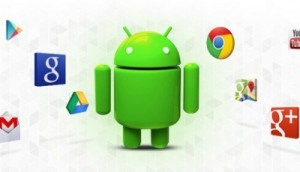 The attraction began three years ago when I witnessed a friend use her Galaxy phone.  At that time I was intrigued by what the Android platform could offer.  She was the only one with an Android phone and I, myself included, was surrounded by iPhone lemmings.  This isn’t a bash Jobs post but more of a Why wasn’t I notified about this shit earlier, post.

In July 2013, I invested in a Galaxy Tab2 and my Android hymen was broken.

So what if it’s open source.  Big deal.  The deal is, developers are allowed to modify the software.  Translation being Android devices are enhanced by the community of developers, extending the functionality of the device and we the consumers reap the benefits.  If you hate Jailbreaking your Apple device after every update, then how the operating system functions is a big deal.  Apple says, This is my toy. I will play with my toy and you can look but don’t touch.  Google says, This is our toy.  We created this toy to share with you and if you want, make the toy better so everyone can enjoy it.  Microsoft says,  What the fuck happened to my toy?
END_OF_DOCUMENT_TOKEN_TO_BE_REPLACED