Because I’m such a lightweight, I would be passed out behind the bar from my own products.  My tip jar would be empty, the bar would be raided and there would be a half naked bartend laying on the floor.  Thankfully I write and not bartend.  Honolulu bartender Aria Kamahoahoa, who excels at both, shares her stories in a laughrageous Q&A that exposes the pitfalls and triumphs of serving the thirsty in Paradise.

How did you go from bar patron to bartender?
Long story short, when my ex and I split up, I worked a second job to survive, but I was spending more money in a bar than I needed to. Coincidently my girlfriend told me a bar was looking for a server and suggested I apply there. Her words were “you’re always in a bar, why don’t you work in one?” I was apprehensive at first but when the owner told me in the interview about nikohana(high commission), I was all about it. Drink and get paid to do it?! Fuuuck. Sold! Sign me the fuck up.

Bartenders are known for lending an ear.  What stories stand out among the rest?
Geez. Really?  I’ve heard it ALL.  Stands out…This guy who comes in once in a while with a different chick almost every time told me once that he has a goal of fucking 100 chicks before he reaches the age where he has to use Viagra.  He told me he had fat pussy, old wrinkled pussy, married pussy, fresh 18 year old pink, threesomes, orgies, all kine. Braddah(dude) was proud of it. AND he had the nerve to hit on ME even AFTER I told him he was disgusting! I mean, braddah was good looking, I give him that but fuck! So when he’d come in by himself he would tell me how the last chick he brought in was. I gotta say, it’s pretty entertaining to hear his stories tho. It’s like he’s warming up my engine before I go meet the boo to let him drive me. Hard.

END_OF_DOCUMENT_TOKEN_TO_BE_REPLACED

In response of my defense, she slaps back and generously includes and elbow to my right ear.  My hearing goes numb on the right side.   Condensation accumulates on the windshield from the irate suicidal and her scowling mouth.  A stream of heat and maledictions whiz by my face as I roll down the window.  I continue to wonder why and how I got stuck in the honeycomb.  Trissy became too much beeotch to handle.

If I weren’t such a nice a guy, I would have dumped her on the curb like a Microsoft operating system.  There was an absence of goodbye kisses and pleasantries as we reached Trissys home.  I stared at her bubble behind as she walked away with flailing arms and thought, that’s the last time I tap that.

She owned a Playstation with a healthy library of games, which basically is code for keeper.

END_OF_DOCUMENT_TOKEN_TO_BE_REPLACED 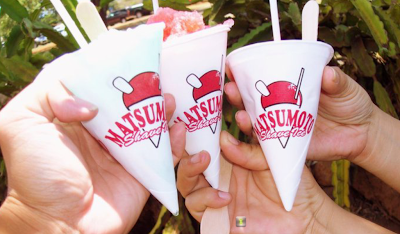 The names have been modified for anonymity but the following story is remarkably factual.

“Why aren’t you answering your phone?!”

“I bet you’re hanging with that fucking bitch Jelena.”

“Get your ass down here and pick me up!”

“If you don’t call me back I’m gonna tell everybody at the club we’re fucking sleeping together!” My voice-mail relays to me.

“Your psycho friend again?”  Jelena smirks.  A yawn follows as she unravels her naked body from my arms.

“Yeah, I think Tristys drunk again.” I hand Jelena my phone and have her listen to the R rated voice-mails as I slip out of bed and jump in the shower.

“I think you should see what the fuss is about.” Jelena yells from the bedroom.

I quietly sigh in agreement, staring at the beading water on the white bath tile as if artificial rain would offer any resolution. What the fuck did I get myself into? I ponder achingly. I continue to wash the sex off.